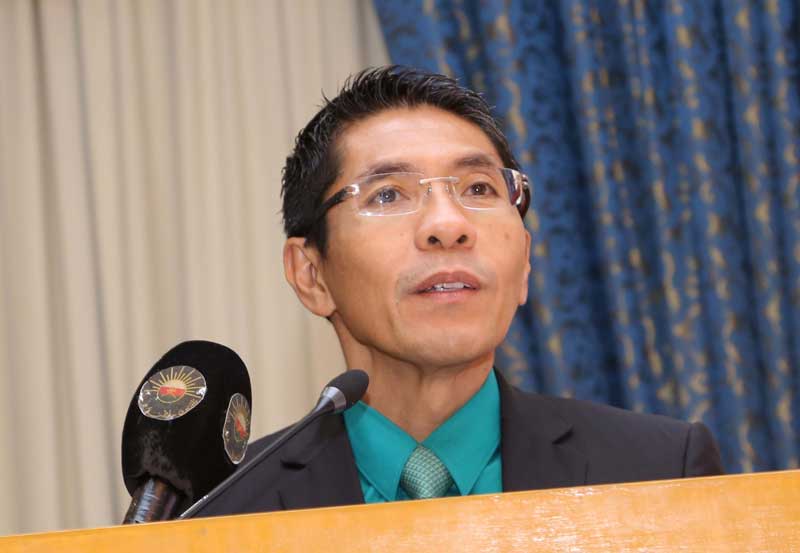 I am delighted to be back in Oman again and honoured to be among our Omani friends with the Singapore delegation this evening to celebrate the 5th Anniversary of the Jewel of Muscat’s remarkable voyage to Singapore.

The Jewel of Muscat departed Oman five years ago on 16 February 2010. After 68 days at sea, the Jewel made her triumphant entry into Singapore on 3 July 2010.

The Jewel of Muscat was treated to a spectacular welcome, with salutes by fireboats and with a huge crowd cheering when it entered into Keppel Bay Marina. The crew received a very warm official welcome reception by then President of Singapore S.R. Nathan and by His Majesty’s Representative His Highness Sayyid Harib bin Thuwani Al Said.

In a symbolic ceremony, the Jewel of Muscat was formally handed over as a Royal gift from Oman to the people of Singapore. As we commemorate the Jewel of Muscat’s 5th Anniversary, we wish to pay tribute to His Majesty Sultan Qaboos bin Said Al Said.

His Majesty provided the impetus and support to recreate a ship built to the exact specifications of a 9th century Arab trading dhow and in the spirit of Oman’s proud maritime heritage.

This ground-breaking project called for not only the building of a vessel using ancient construction methods, but to also sail her successfully across the Indian Ocean from Muscat to Singapore.

When I accompanied then President Nathan to Oman in 2009, I had the privilege of witnessing first-hand the building of the dhow at the Jewel of Muscat’s construction site. It was painstaking work but I was deeply impressed by the skill and the attention to detail by the craftsmen.  The eventual voyage of the ship captured the attention of the global media and the international community.

Since the event, National Geographic has produced two documentaries on the construction and voyage of the Jewel of Muscat. This evening, we once again laud the brave crew under the leadership of Captain Saleh Al Jabri for accomplishing this incredible voyage.

History will record this epic feat and it will remain a source of inspiration for future generations to persevere and accomplish great things.

Today, the Jewel of Muscat is housed as a permanent display in the Singapore Maritime Experiential Museum. Up to a million people a year visit the exhibit as she stands proudly as a symbol of Singapore and Oman’s shared maritime history and close friendship.

Besides commemorating five years since the successful voyage of the Jewel of Muscat, we are also celebrating 30 years of Singapore-Oman diplomatic relations this year. Our growing bilateral relations are exemplified by the regular and warm exchanges between our leaders and officials. We have also cooperated in areas of mutual interest, such as information technology, education, public sector training, port management and economic planning.

This close relationship between Singapore and Oman is also bolstered by our growing economic ties. Singapore companies are increasingly active in Oman, especially in sectors such as information technology and communications, desalination and aquaculture.

I am confident that the successful implementation of the GCC-Singapore Free Trade Agreement will generate greater economic interest in Singapore and Oman, and help encourage more trade and investments between our two countries.  We look forward to doing more with Oman.

As we celebrate the Jewel of Muscat’s 5th Anniversary this evening, let us recognise this as a great treasure that binds the people of Singapore with the people of Oman. It is a testament to our special friendship.  I am confident that our relationship will scale to greater heights in the years to come.

I would like to take this opportunity to thank our gracious hosts, the Minister Responsible for Foreign Affairs Yousef Alawi, Secretary-General Sayyid Badr and staff at the Ministry of Foreign Affairs, for the wonderful hospitality shown to me and my delegation, and for their commitment to working with us to foster stronger relations between our two countries.