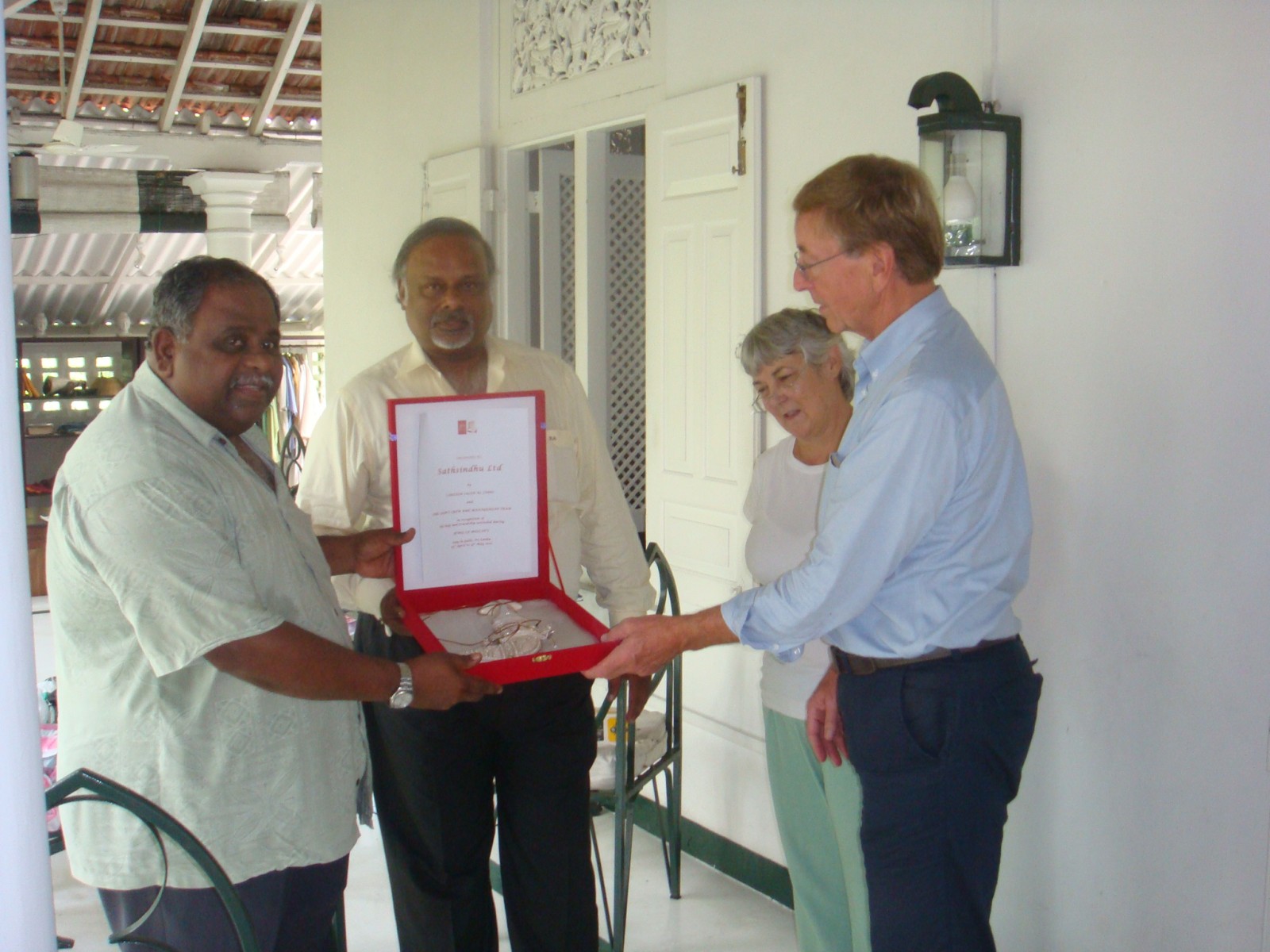 An emotional send off for Jewel

I have just returned to my home in Colombo after the sailing of the Jewel from Galle. We monitored the Jewel for about 4-5 hours after she got both her sails up. She was then doing 2.2 knots. We have the Sri Lanka Navy escorting her day and night in our waters.
I must say that the departure of the Jewel created an immense feeling for all of us who worked with her wonderful crew and project team for the last month. As the Director of Operations of Sathsindhu Shipping I acted as her local agent. Initially it was just another boat coming to port and then leaving us.

But the Jewel was so special because we all worked together with the crew and the team for over the last month. Her departure I must honestly say brought tears to our eyes, because the crew were now our dear friends, or shall I say brothers, and their leaving was indeed a sad moment.

The rousing departure was even more lively when we heard visitors and children who had now made friends with the crew shout individual crew members names across the pier waving goodbyes and with shouts of “God Bless!” and “Bye Bye!” My wife Jacintha, daughter Rashmi & son Rashmal were very much attached to Luca, Saleh and Said and they kept on shouting and waving with the children of the Southern Area Naval Commander joining them. After the boat left the wharf my family and the Commodore’s family wife Chandrani, son Rochana & daughter Kavindya followed the Jewel in a Navy boat shouting out crew member’s names and waving. I must say they followed the Jewel in the navy boat for 12 miles right out of the port out to deep sea amidst heavy rain and this thrilled the crew very much. Capt Saleh threw an Omani flag tied to a ship’s rope to my daughter Rashmi. I believe the Jewel has never had a send off like this before with families escorting her out to sea.

At this time I must convey our appreciation and thanks to Commodore P.A.D.R.P. Perera (Commander Southern Naval Area) who unhesitatingly helped us in numerous ways to make the Jewel’s stay in Galle a success. It was Commodore Perera who found the auspicious time of 1057hrs for the Jewel to cast off from Galle, so that her intended voyage would be blessed and safe,
I must also say that it was sad to see people like Nicholas Swallow, Tom Vosmer, Helen Kirkbride & Chris Biggins from the Jewel’s Project Team leave us so soon after the wonderful friendship developed. Mr. Rohan Abeywickrame Managing Director of Sathsindhu Ltd and I were delighted to receive a token of thanks from Nicolas Swallow on behalf of the Jewel Project Team.
Bon Voyage to Saleh & his courageous 18!

Being a seafarer myself, I wish them safe seas and favourable winds to Penang with the Almightly’s guidance.