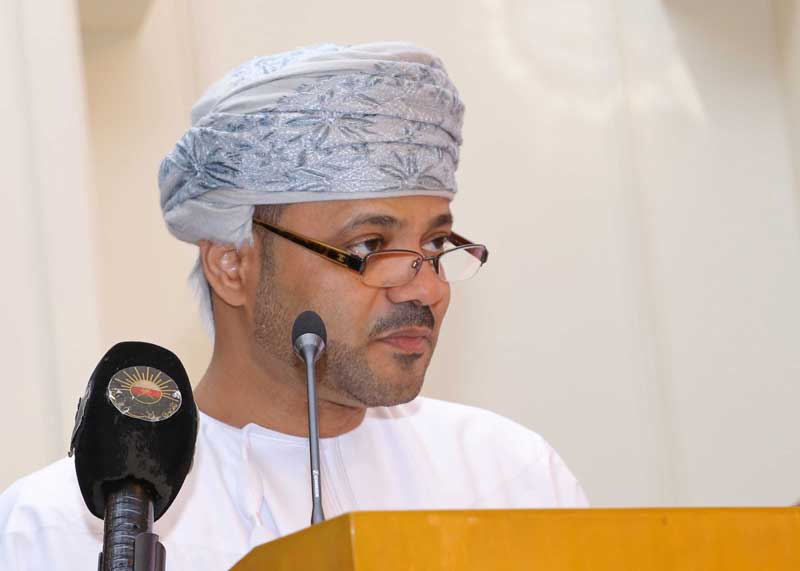 In the name of Allah the Most Beneficent the Most Merciful.

Praise be to Allah who created the seas and enabled us to cross them day and night.

Peace and prayers be upon Sayyidna Mohamed and his kin and companions.

Your Highnesses, Your Excellencies,

Ministry of Defence & Ministry of Foreign Affairs of the Republic of Singapore,

Five years have passed and still the echo of the Jewel of Muscat fills our souls with pride. It represents a strong link between different generations and a tangible sign of Oman’s deeply rooted past, of a glorious present and of a promising future.

The construction of the Jewel of Muscat and its historic journey involved many different engineers, archeologists, craftsmen, historians and seamen. Their work has reflected the depth and richness of the Sultanate’s cultural and historical relations with the countries of the East.

Therefore, it was natural that the Indian Ocean has become one of the most important spheres of activity for Omani foreign policy, in the context of modern-day globalisation. We have consistently sought to continue the spirit of free exchange and partnerships that prevailed during the first era of globalisation. These activities and initiatives continue today, to provide a climate that helps increase cultural, commercial and scientific cooperation, as well as enriching the pillars of coexistence, peace, harmony and mutual respect, so that fair winds may blow into the sails of everyone with productive ideas, for the sake of mutual benefit and common interests.

Singapore has of course been a particularly excellent partner in this regard—not just on the Jewel of Muscat project itself, but in the larger collective project of maximizing the benefit of the Indian Ocean and the Silk Route, in partnership with China and the Indian Ocean Rim countries, and with the excitement of new opportunities and renewed relations. Therefore, I want to take this opportunity to express our deep appreciation for this wonderful and positive collaboration.

The Jewel of Muscat set sail across the seas and she became a prominent symbol of Oman’s maritime history. The Jewel’s planks and sails joined the winds and seas in playing a symphony called Oman and the Sea. It was as if the mother ship, which had sailed in the 9th century was sending nostalgic melodies to greet the Jewel and its courageous crew, as if history was retold.

A 60-foot long ship carrying seventeen persons managed to battle and overcome high seas and mighty storms, with God’s care and the courage of the crew, their patience and skills, as they worked in unison, and with sincere cooperation, devotion and true love. The Jewel of Muscat has been a representation of true values for present and future generations. This team of sailors became one family, carrying a noble message about Oman’s relations with the sea.

We thank God then for His Majesty Sultan Qaboos bin Said, who named the Jewel of Muscat, and graciously have his blessings and Royal orders to carry out this unique project, as a Royal gift from Oman to the People of Singapore.

I am pleased to say a few words about the Jewel of Muscat book, which is being launched this evening. In this respect, I would like to express our deep thanks to everyone involved in its production, with special thanks to its author, Megan Furman, and to our friends at National Geographic. May this book set sail on an interesting and enjoyable voyage for its readers.

I also wish to take this opportunity to greet Captain Saleh bin Said Al-Jabri, who, in contemplation, remembered the prayers of his parents for success, which gave him and his team even more courage, vigor and a sense of responsibility however risky and great the challenge.

I wish to salute all of the brave sailors and the project team, for their patience, devotion, will and a sense of collective national responsibility.

Allow me to express our deep thanks and appreciation to Your Highness for patronizing this happy occasion. I would like also to express my thanks and gratitude to all our guests and to everyone who participated in organizing this wonderful event.

I wish you all a good evening. Thank you.