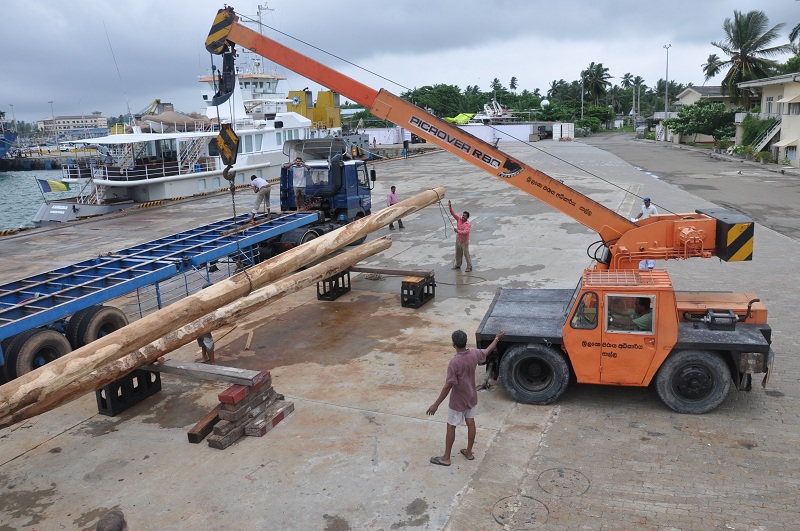 A crane off-loads the new masts

The two new masts arrived on schedule this morning and the carpenters began at once to chisel and plane them to their proper dimensions–a task that will take several days. The crew plans to remove the old masts from the ship on Monday.

Early this evening Captain Saleh Al Jabri and several Omani crew members enjoyed a visit to the beautiful, centuries-old Al-Khayrat Mosque located inside the walls of the Fort in Galle. While there, they met with students attending the Koranic school, and donated several copies of the Holy Koran to the mosque.