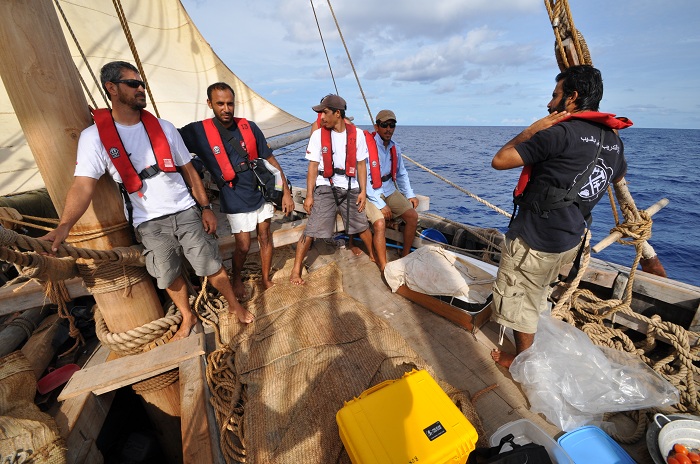 We have successfully crossed the Bay of Bengal and have entered the Andaman Sea. The skies were partly cloudy today with good winds giving us between four and five knots of speed.
We started the day with a distant view of Great Nicobar Island to our north, and a fine breakfast of dahl. That, combined with the good weather, put the crew in high spirits as they went about their daily chores.

In the early afternoon we conducted a fire drill and an abandon ship drill. The Jewel of Muscat carries several fire extinguishers intended for different types of fire and we regularly practice how to use them in any situation involving fire. The ship also carries three, eight-man life rafts in addition to the rubber dinghy which we would use if the need ever arose.

It is now midnight and we are gliding along at 4.5 knots. The moon is shining brightly upon the sea. To our north, one can see the lights of a west-bound ship heading for unknown ports. As our two ships pass, the words of Ella Wheeler Wilcox’s poem “How We Go” come to mind.