Navigation in the 9th century

A thousand years ago navigation at sea was more an art than a science. Today, few sailors would contemplate a voyage without a compass and charts. Yet well before Europeans were exploring the world, Arab sailors had successfully crossed oceans without conventional navigational tools.

Arab navigators were famous for their great powers of observation and sharp memories. They used all their senses to observe the colours and patterns of the sea and the sky. They also used the sun, the moon and the stars to find their way.

When the Jewel of Muscat left Oman on the voyage to Singapore the crew took modern navigational equipment to monitor the ship’s performance. However they also experimented with some of the ancient techniques used by Arab navigators.

Celestial navigation is the science of finding your way by the sun, the moon, the stars and the planets. Humans have been finding their way using the sky for thousands of years.

For at least two thousand years, navigators have known how to determine their latitude — their position north or south of the equator.

To measure their latitude Arab navigators made a simple instrument called a kamal. This is a small rectangular wooden card with a string attached through a hole in the middle. Before leaving his homeport, the navigator would take his kamal and putting the string in his teeth, look towards Polaris. He would then stretch out his arm, keeping the string tight, to the position where he could see Polaris at the top of the kamal and the horizon along the bottom. He would then tie a knot at the point where his teeth touched the string.

Over time, Arab navigators started tying knots in the string of the kamal at intervals of one isba (or issabah). The word isba is Arabic for finger and it measures an angle of about 1.5 degrees, or approximately the same as a finger width on an outstretched hand. For the ports they visited frequently, they would tie a knot on the string of the kamal to correspond with the altitude of Polaris for that location.

Polaris stays almost motionless in the sky, and all the stars of the northern sky appear to rotate around it. Therefore, it makes an excellent fixed point from which to draw measurements for celestial navigation in the northern hemisphere.

As a ship approached the coast a crewman would throw a lead line into the water to check the depth. A lead line was a length of rope with a neavy lead weight attached. The rope had marks along it to indicate the depth. The lead sometimes had animal fat smeared into a hollow in the bottom to pick up a sample of the seabed. When the lead was pulled up the captain would know the depth of water and the type of seabed beneath the ship. This information might give him a hint of where they were and also give him an idea if the seabed was suitable for anchoring. 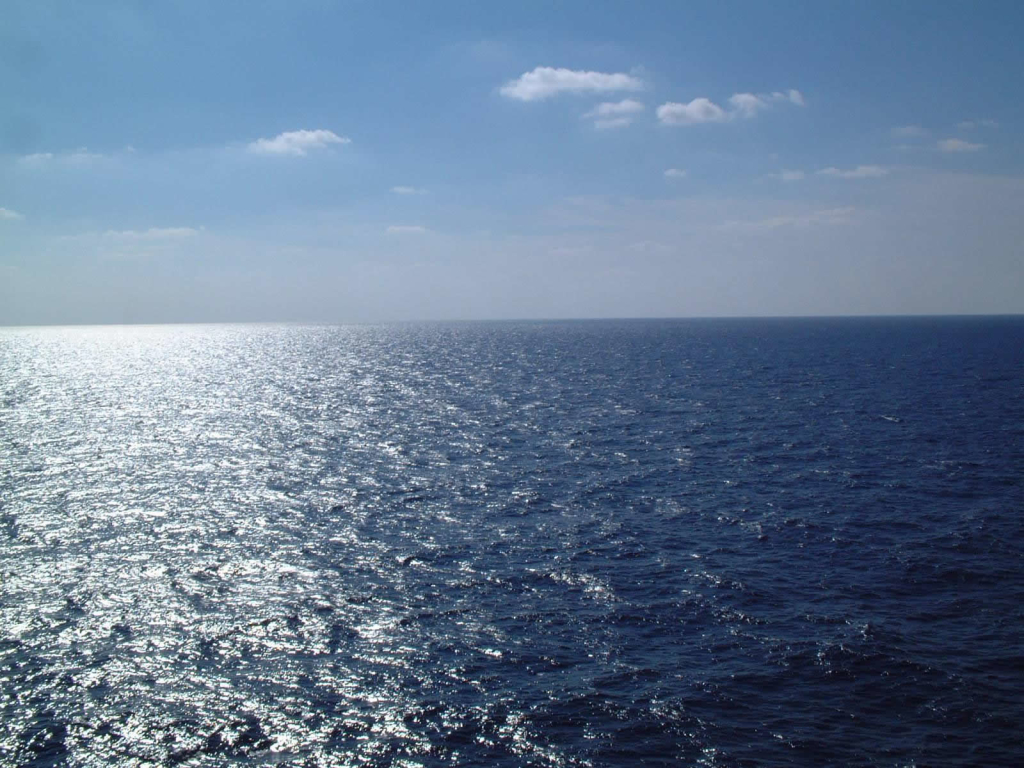 Observing where you are

At sea a constant lookout was kept, particularly if the captain thought the ship was approaching land. Crewmen would keep watch at the bow and also from the crow’s nest high in the rigging.

The sailors looked for any signs that would help them navigate safely:

Charts and ship logbooks were not in use 1000 years ago so Arab sailors often composed songs and poems to record their observations. These would help them remember things they had seen at sea or details of new lands encountered.

Deciding what direction to sail

Before the magnetic compass came into common use the Arab navigators used a 32-point star compass that indicated the rising and setting positions of groups of stars. They would memorise the star groups and the position on the compass where they would rise and set. They would use these stars to help steer the ship in the right direction.

Ships’ speeds were not calculated at that time. Distances were measured in terms of a day’s sailing. One day’s sailing north or south would raise or lower the height of the pole star one issabah (a finger width or about 1.5 degrees) as measured by the kamal.

In today’s measurements that would be a distance of around 90 nautical miles.